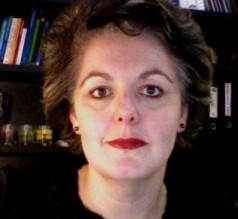 A Working Woman’s Disease
These are the stories of two women – Glenda Gauci and Margaret Smith – who died from mesothelioma after being exposed to asbestos unintentionally by other people. These stories were part of a Masters in Arts project titled A Working Woman’s Disease by academic Philippa Brear (pictured right). Philippa wanted to share her friend Glenda’s story:
“When I started writing Glenda’s story the controversy surrounding James Hardie was at its peak – although my primary motivation was that I wanted to chronicle the tragedy of what was happening to my friend. However, as I became immersed in the project, I realised Glenda’s experience was, in many ways, emblematic of the transference of asbestos-related disease from “working men” to a much wider group of Australians.

I went on to interview another four women for the project. Through Glenda, and my own research, I connected with a group of professionals who worked with asbestos-related disease sufferers, and interviews with them are in the manuscript I submitted for my Master’s. I also met Margaret Smith, who was also a member of Glenda’s support group, run by the Asbestos Diseases Society of Victoria.

I interviewed Glenda three times for my project – September 2005, January 2006 and May 2006 – and Margaret twice, in January and June 2006. Determined to tell their stories – and in spite of the tremendous difficulties they were facing – Glenda and Margaret hoped that sharing their experiences of asbestos-related disease would make a difference in the campaign to raise awareness of the risks, and to prevent other people becoming ill.

Both women were diagnosed with mesothelioma in late 2004. Their friendship grew out of their Melbourne-based support group, but for the most-part they talked over the phone because Glenda lived in Canberra. They met face-to-face only once, at a support group party in June 2006.”