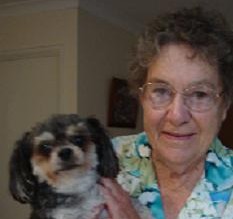 Victor and Doreen Lyons lived in Wittenoom from 1947 to 1951. As some of the first people to move to Wittenoom, they lived in the mine settlement in Wittenoom Gorge near the mine in what seemed to be an idyllic setting. Doreen’s husband subsequently died of mesothelioma. Here Doreen describes life in the early days of Wittenoom