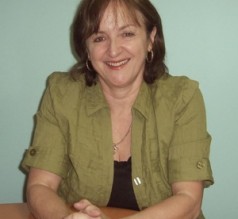 Lorraine Kember cared for her husband Brian when he became ill with mesothelioma and nursed him at home until he died some two years later. She was encouraged to keep a diary as a way of expressing her own feelings as she lived in expectation of her loved one’s death.

Writing in her diary helped Lorraine cope with her grief and reflect on her role of carer and this became her strongest coping tool. Excerpts and poems taken from Lorraine’s diary form a major part of two books she has written to help other carers going through similar experiences. Here she talks about how she adapted to the carer role, the empowering benefits of knowledge, and the sense of peace that the carer gains from helping their loved one have a ‘peaceful death.’
Brian’s illness
After thirty years of happy marriage to her childhood sweetheart Brian, Lorraine Kember’s life changed forever when Brian was diagnosed with mesothelioma. The illness struck out of the blue, the legacy of Brian having lived in Wittenoom for a few months when he was a child.
Click here to listen>>
The couple were living in Exmouth but Brian’s symptoms required that they travel to Perth where the shocking news of the diagnosis was delivered to them.
Click here to listen>>
The attitude of some of the doctors at times caused concern as they appeared to be quite disengaged from what Brian as the patient was experiencing. The approach of the palliative care doctors was quite different.
Click here to listen>>
Getting information
With Brian’s diagnosis Lorraine immediately found herself in the position of carer. She had no idea about mesothelioma, nor about the duties of a carer looking after someone with this disease. She turned to the Internet for information and it was knowledge that gave her strength to cope with the process of the death not only of the man she had loved but of their life together.
Click here to listen>>
Pain Management
To keep her promises to her husband Brian that he would not suffer unnecessary pain and that he would not die in hospital Lorraine Kember needed to arm herself with as much information as possible. Not only did this help her gain more control over the situation, but it also meant she could be a step ahead and ensure she was prepared mentally and had resources in place for whatever Brian might need as his illness progressed. Having a system of pain management was the key strategy in caring for him at home.
Click here to listen>>
The pain management strategy required constant monitoring of Brian’s pain levels in order to be able to administer pain controlling drugs most effectively. Here Lorraine talks about what she learnt from this experience.
Click here to listen>>
Coping tips for the carer
The main focus of Lorraine Kember’s life after Brian’s diagnosis was looking after him – but it was a kindly doctor who drew her attention to the fact that she was suffering too. Here Lorraine talks about how
keeping a diary helped her to deal with her personal trauma, teaching her a lot about herself in the process.
Click here to listen>>

One of the special moments Lorraine Kember remembers as she nursed her husband Brian in his final days was the talk they had about his impending death. It was a sign of the strength she had built up in herself that she was able to be his confidant as he spoke about this most confronting of subjects. Here Lorraine talks about Brian’s death at home surrounded by his family and the importance of palliative care in making this possible.
Click here to listen>>
By empowering herself through gaining as much knowledge as she could Lorraine Kember was able to overcome the hopelessness that often afflicts carers when they have to stand by and watch loved ones suffer. Reflecting back on the experience of nursing Brian through his illness Lorraine here talks about the enduring benefit she gained from being able to support him on his painful journey.
Click here to listen>>