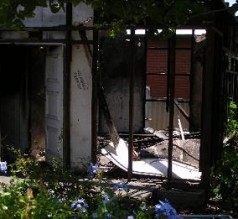 The biggest risk to public health from asbestos is ignorance. The more you know about asbestos, the safer you will be.

It is important for Australians to be aware of the hazards associated with asbestos because it is everywhere in our communities. We live in the age of DIY where renovators are likely to disturb asbestos as they do up older homes.

What so greatly concerns public health authorities is that unsuspecting home renovators may have no idea that scraping back a wall, ripping up old linoleum flooring or knocking down an annex could release asbestos dust. A recent survey in Western Australia showed how most of the general public are totally unaware of their level of personal risk.

Figures released from the Western Australian Cancer Registry in 2005, revealed building workers and DIY renovators accounted for more new cases of mesothelioma than former asbestos miners from Wittenoom. The epidemic of asbestos diseases is not expected to peak in Australia until around 2023. Forewarned is forearmed, and there are lots of resources available to help you identify asbestos and how to deal with it in its many forms.

For tips on safe handling of asbestos click on to our DIY Renovators’ Guide.