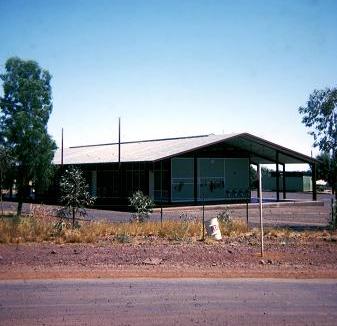 In addition to using asbestos in house construction, householders also spread the residues from milling and manufacturing as coverings for drives and pathways. Nowhere were these tailings spread more extensively than in Wittenoom in Western Australia. Here the tailings from milling were used extensively to keep down the red dust and to create soft playing areas for children in houses, schools and kindergarten.

Asbestos fibres also insinuated themselves into roads and driveways around the country. The hessian bags which were used to transport the raw asbestos fibre around Australia were recycled and re-used for multiple purposes, notably for fertiliser deliveries to farmers. At the time people welcomed all this recycling as acts of public benefit by the companies. Now it is seen as leaving another deadly legacy, spreading the fibres far and wide around urban and rural communities.

According to Sylvia Lovenfosse, was the asbestos tailings that were everywhere in Wittenoom. In ignorance of the dangers the material posed, it was liberally used in the structure of the houses and as a covering for roads and playgrounds. This effectively brought the dangers of the mine into the homes where wives and children would be put at risk.