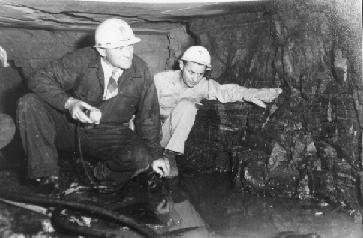 By the mid-1970s there were increasing restrictions on asbestos usage in the USA and western Europe, and a growing number of legal actions against the big asbestos companies. This resulted in the decline of the international asbestos industry in the developed world and a major restructuring of the world asbestos industry.

Canadian chysotile miners were determined to resist the trend but total fibre output fell steeply from 1980 as world demand shrank. Markets also changed, with Asian countries replacing the USA as Canada’s major customers. The provincial government of Quebec established the National Asbestos Corporation of Quebec, making the government itself an asbestos producer. It formed a powerful lobby with the Canadian federal government to ensure the industry’s survival on the international market.

In the 1990s Russia became a major exporter of chrysotile. In a continually declining market Russia discounted prices to increase its market share. Demand for the amphibole asbestos minerals, amosite and crocidolite, fell away most sharply and almost all mining ceased in the 1990s. In the developed world the trend away from asbestos to other fibres for asbestos-cement products continued.

At the beginning of the new century Russia and Kazakhstan, China, Canada, Brazil and Zimbabwe were the major producers of asbestos fibre. All except Canada remain heavy consumers of asbestos products as well. World asbestos consumption is concentrated in Russia and some Asian countries, notably China, India and Thailand, where usage has risen sharply in the first decade of the twenty-first century. China and Russia have become the world’s largest consumers.