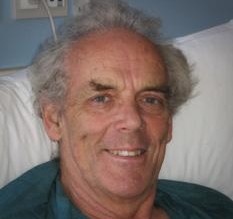 Ted Grant first went to Wittenoom with his family at the age of twelve – he says his father went up there ‘to make a better life for us’. The family left Wittenoom after nine months because of his father’s concern about the unhealthy environment, and moved to Roebourne. However this meant that Ted found himself working in the school holidays at Point Samson, loading bags of asbestos that came from Wittenoom onto the ships. So, son followed father into a job which involved exposure to the deadly material. On the day his father died of mesothelioma, Ted found that he himself was a victim of the incurable disease.