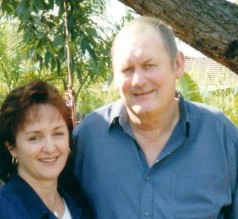 Cancer through a carer’s eyes
The idyllic lives of Lorraine and Brian Kember were changed in an instant on a warm December afternoon in 1999. Childhood sweethearts whose children had left the nest, they were relishing the relaxed lifestyle of their coastal home in northern Western Australia when Brian was diagnosed with pleural mesothelioma.

“You’ve got three to nine months, I reckon,” the young doctor told Brian.

It had been 45 years since Brian had breathed in the deadly asbestos fibres that cause mesothelioma – as a child, aged seven, in the now infamous mining town of Wittenoom.

“His diagnosis came particularly out of the blue because he had hardly suffered a sick day in his life,” Lorraine recalls. “It was an awful shock. It was as if Brian had been shot.”

Brian, a keen fisherman, was determined to remain in Exmouth, 1,270km north of Perth, for as long as he could. Lorraine became his primary carer and, without family or cancer support services to help, she very quickly fell on her own resources – and the internet.

“Originally, I refused to believe he was going to die. I had always been the one who could fix things, so I got on the internet – I was searching for a miracle. I eventually realised there wasn’t going to be one,” she says.

“Then I decided that if I couldn’t stop him dying, I could help him to live.”

She learned all she could about the disease and its progression. “I studied pain and symptom management. I taught Brian to recognise the different types of pain and I documented his illness in a journal.”

Her journal accompanied them on doctors’ appointments, providing vital information for doctors during Brian’s treatment.

“At first I was too frightened to let Brian out of my sight lest he pass away and I would not have the chance to say goodbye. 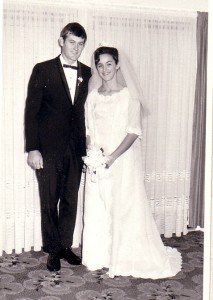 “When I learned about the stages of dying and realized that he would not die suddenly, I could relax a little. I learned more and more about his disease so that I could be one step ahead of it. In this way I was able to deal with the changes emotionally before they happened and be strong for Brian when he needed me most.

“It also gave me the opportunity to have medication, and later, physical aids on hand before he needed them; this alleviated much of the pain and discomfort he would otherwise have suffered.”

Brian swung between denial and acceptance of his prognosis. “The hardest thing at that time was that I supported Brian’s need to live in hope at the same time that I was dealing with my own sense of hopelessness,” she says.

Her “coping tool” throughout Brian’s battle was her diary. “My sadness, my anger and my fear, I poured into my diary.  I had pages and pages just wet with tears.”

Lorraine’s diary was to become the heart and soul of her first book, Lean on Me: Cancer Through A Carer’s Eyes.

Published in 2004, Lean on Me has sold more than 6000 copies, been translated into Braille and on to audio book, and comes highly recommended by doctors and palliative carers.

WA palliative care specialist Dr Andrew Dean has described it as a “truly amazing book that everybody with cancer should read. Any families who have been touched by this disease will undoubtedly find in it inspiration and hope.”

The success of the book has seen Lorraine become sought after as a public speaker, both nationally and abroad, including an address to 800 delegates at the Global Asbestos Congress 2004 in Tokyo. 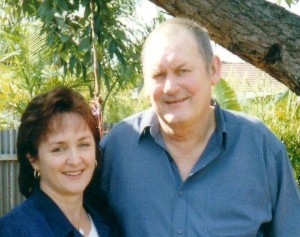 Lorraine says she has found peace in the knowledge that she made a difference to Brian’s quality of life. Her husband lived not for three to nine months but for two years, bedridden only for the last three days of his life.

Her mission now is to help other people deal with the overwhelming impact of caring for a loved one with a terminal illness.

“I want people to realise that no matter how helpless they feel, they can make a difference. There is so much you can do to improve a person’s quality of life.”

She has just finished her second book, Looking Forward, Looking Back: The Grieving Journey, which is a sequel to Lean on Me.

“After Brian’s death, I found myself alone for the first time in my life. I’d met him at 14, married him at 18 so I had never been on my own. I was forced to sit down and ask myself, ‘Who am I now? What will I do with my life?’  My life had been Brian.”

Her journey, she says, has come full circle: she now works for a cancer support centre in Perth and gets to touch the lives of people who are in a similar place to the one in which she once found herself.

You can listen to Lorraine talk about her experience as a carer by clicking here. For more information about Lorraine’s books and public speaking, visit lean-on-me.net
The download speed is dependent on your internet connection. The video may take a few moments to load.