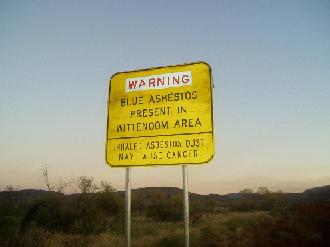 The timeline tracing the medical history of asbestos-related diseases reveals that while researchers were aware of the dangers from the early 1900s, employers chose to ignore the risk for as long as they could.

The first death in which asbestos was a factor was recorded in 1903. The condition asbestosis was first diagnosed in the United Kingdom in a woman who worked in the Turner & Newall asbestos textile mill. It was also in the United Kingdom that the first investigation of the asbestos industry was undertaken by the British Home Office in the 1930s.

The Merewether Report found significant reasons for there to be health concerns about dust in asbestos factories and spread knowledge of the danger of asbestosis around the world. The first Australian diagnosis of asbestosis was in 1933 in an asbestos mill hand in New South Wales.

In 1964 Dr Irving Selikoff’s research in the United States revealed high levels of asbestosis in workers outside the mining industry. The UK epidemiologist Sir Richard Doll was able to prove a link between asbestos and cancer. Then in 1959 a South African doctor, Chris Wagner, discovered a very high incidence of mesothelioma among South African crocidolite miners. In both these cases the industry tried to prevent publication of these results.

In the early 1960s Dr Jim McNulty was responsible for diagnosing the first case of mesothelioma in Australia, in a worker from the Wittenoom mine. Thus by the middle of the 20th century the evidence of the lethal nature of asbestos and its short and long term health effects was difficult to ignore. However the companies did their best to keep the public in the dark.

Early warnings
It was in the late 1920s that awareness began to grow of a disease linked to asbestos. This was assisted by the first identification and naming of an asbestos-related disease following the death of a former textile worker in the United Kingdom. Once the disease was named, awareness grew so that by the early 1930s it would have been difficult for companies to claim they were ignorant of the health risks from asbestos. Historian Lenore Layman tells more.
Click here to listen>>

Linking asbestos and cancer
The enthusiasm for asbestos began to give way to unease towards the middle of the 20th century when indications began to emerge of a possible link between asbestos and lung disease. However companies such as James Hardie turned a blind eye to the dangers. The profits were too tempting and the long latency periods for asbestos-induced cancers meant the link to the workplace was hard to prove years after the exposure. So, the public remained unaware of the ticking timebomb. James Hardie historian Gideon Haigh tells more.
Click here to listen>>

The beginning of public concern
Despite the increasing incidence of asbestos-related diseases in the 1950s, it wasn’t until the mid-70s that it began to attract any public attention. Until then it was a silent killer, not even being properly recorded in medical statistics. Historian Lenore Layman explains.
Click here to listen>>
Asbestos disease in the wider community
It was in the 1950s and 60s that the deadly cancer mesothelioma began to appear in the wider community, in the wives and children of workers, and often even in people with no known contact with asbestos. This was when the true horror of the asbestos legacy began to be appreciated. Historian Lenore Layman tells more.
Click here to listen>>
What went wrong?
It is perhaps hard to understand how the occupational health disaster that was caused by asbestos happened.  But there has been a long tradition of accepting the health risks at the workplace as part and parcel of industrial development. Historian Lenore Layman explains.
Click here to listen>>
The download speed is dependent on your internet connection. The video may take a few moments to load.