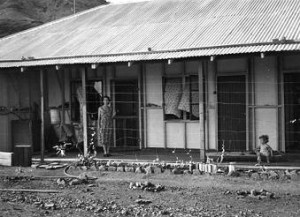 In 2002, the Wittenoom Cohort Study was given a new dimension with the focus moving on to the women who had lived and worked in the town. Researcher Alison Reid joined the team to help track the cohort of women of the town – both workers and residents – who had so far escaped scrutiny.

“The impact of crocidolite exposure on the health of miners and millers was well-documented,” she said. “But less was known about the health outcomes of the 2,968 women and girls who lived there.”

Dr Reid used the data already collected, plus a search of the WA Marriage Register, to trace the 2552 residents – wives, daughters, teachers and nurses, among them – and the 416 women who worked for CSR, expanding the study to include the incidence of gynaecological cancers.