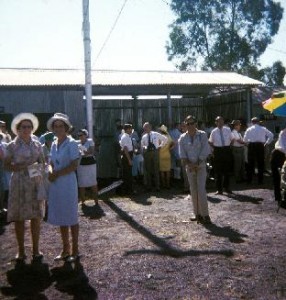 In the mid-1980s Professor Bill Musk and biostatistician Nick de Klerk at the University of Western Australia joined the Wittenoom Cohort Study and were able to expand its depth and scope.

Crucially, the researchers confirmed that the risks of developing mesothelioma increased, rather than diminished, with increasing time from first exposure to asbestos. By then, Wittenoom residents who had never worked in the mine were also suffering from serious respiratory diseases.

“People wanted to know, was there any level of exposure at Wittenoom that could be considered safe?” said Professor de Klerk. The team traced about 70 per cent of Wittenoom’s residents, 4768 in all, including indigenous residents, in a bid to find out.

“The residents’ cohort expanded further when we joined forces with Dr Enzo Merler of the Cancer Prevention Centre in Florence because quite a few people who had lived in Wittenoom had gone back to Italy.”